Podcasting was not the first revolution that we were promised.

There was a time, back in the 1990s, when the Internet was supposed to be a place where anyone could broadcast their ideas to the world. The first Web sites to take advantage of this promise were not exactly groundbreaking. But they were enough to ignite the imaginations of millions of people

In the mid-2000s, it looked like the promise of a democratized media world would finally be fulfilled. YouTube launched in 2005, and with it came hundreds of thousands of hours of video that were free to watch. But at the same time, something else was happening. Adam Curry and Dave Winer were working on portable radio shows. Podcasting was a form of radio that could be downloaded and listened to whenever the listener wanted.

At first, podcasts were not much more than a hobby. Most were either too boring or too poorly produced to attract a lot of listeners. But then, something happened. They started to get a little bit better.

The latter problem was solved by the iPhone, which was released in 2007. iPhone came with podcast support built-in, and the iPhone was the catalyst for podcasting’s breakout. It became easier to listen to podcasts.

The former problem was solved some years later with the launch of LTE, which made mobile broadband fast enough for podcasting.

But why am I putting audio on a pedestal? Surely, websites like Wikipedia had a much bigger impact?

Here’s the thing about written words. They are a lossy form of communication. When you write something, you have to choose your words carefully to make sure that your meaning is not lost in the process. And once you have made that choice, you have to stick with it. Reading is lossy too. When you read something your brain has to work really hard to process visual information in the forms of shapes and symbols.

When you talk, on the other hand, you have the luxury of choosing your words as you go. You can ad-lib, you can change your mind, you can correct yourself. And when you listen to someone talk, you get the benefit of all of that. Listening to the spoken word is second nature to us. We do it all the time. It’s part of our everyday life.

And this is why podcasts are so important. You can talk about all kinds of topics, in all kinds of styles, without the need to double-check for typos or anything else. You can just talk. Podcasts are the ultimate form of free speech. And unlike video, you don’t have to worry about the camera angle or lighting or being in focus. It’s just you and the microphone.

It’s not just the numbers that are growing. People are starting to understand the power of the podcast. There’s a reason why Serial was such a success. It was in a format that people were already familiar with. Storytelling is as old as humanity. And now, it’s being revived in the most modern format possible.

But there’s something scary happening in our new media landscape. It’s a word that has recently entered our lexicon: Deplatforming. And it marks a strange new chapter in the evolution of podcasts.

De-platforming is the practice of systematically banning or blocking “controversial figures” from using internet services. Podcasting relies on a lot of intermediaries. You have the podcast hosting provider on whose server you store your MP3 files and you have the podcast directories like Apple Podcasts, Google Podcasts, and Spotify which maintain databases of podcasts.

Let’s say you say something on your podcast that these intermediaries don’t like. You can get deplatfomed. They will actively try to muffle you if your views don’t align with theirs. This is scary and it goes completely against free speech. It’s a practice that could get much worse. What if, in the future, internet giants decide to take this to the next level? What if they decide that you can’t even have access to the internet anymore?

I hope it doesn’t come to that. But deplatforming is sort of a path towards totalitarianism. It’s a slow creeping death for free speech. If we allow it to continue, we might wake up one day and find ourselves living in an Orwellian nightmare.

All the progress we have made so far – the internet, RSS feeds, MP3 audio files, high-speed broadband and Wi-fi, LTE, smartphones, apps – has led us to this point in history when podcasts are ubiquitous. Think about it when you are out on a jog and listening to the next episode of your favourite podcast.

How to make an Audio Drama podcast 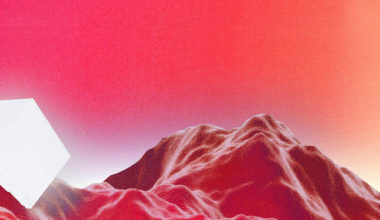 Read More
OOpinions
Reply All’s episode 158, The Case of the Missing Hit is getting rave reviews. Almost all publications of…