Mankind has always been curious – tinkering, exploring, wondering.
We not only invent new materials and objects but also theorise about ideas that could completely reshape our reality and benefit humanity.

But something has changed over the last decade. The wonder is gone. We are more informed but less likely to encounter new ideas.

Future Perfect, from Vox, started out as a podcast exploring these big ideas. Based on the philosophy of effective altruism, the podcast proposed ideas which were stimulating. Effective altruism, in essence, seeks to maximize the cost-benefit ratio to encourage innovation that benefits humanity.

The description for episode one read:

Explore provocative ideas with the potential to radically improve the world. Vox’s Dylan Matthews tackles big questions about the most effective ways to save lives, fight global warming, and end world poverty.

Sounds cool, eh? Here’s one of the earlier episodes: “How our drinking water could help prevent suicides.” The premise was that adding lithium to water could help as it has been shown to reduce the risk of suicide and mortality in people with unipolar and bipolar depressive disorders.

However, the cons are described soon thereafter. There is already outrage and conspiracy theories around adding fluoride to our drinking water (added to prevent tooth decay). Water Fortification with another element would face an immense challenge in the court of public opinion. And, although, the proposed quantities are very small, Lithium does have significant side-effects too.

With episodes like “How to make prisons more humane” and “How to cool the planet with a fake volcano”, Season One really did deliver on its promise.

But then came Season Two. It feels like Vox had an entirely different show planned but then decided to shove it in Future Perfect’s feed at the last moment. The season is called “Philosophy vs Democracy”. Barring a few episodes it became a show about history and politics. Facts gave way to feelings. Like everything Vox does, it became heavily politicised and partisan.

Season Three is now featuring spiritual gurus! So a podcast that started as “how to most effectively improve the world” has stopped discussing evidence-based methods for improvement and turned to so-called mystical figures preaching how to live a better life.

Seems like Vox had success with a property and is now trying to bait and switch the audience to something else.

Read More
RReviews
In a world that is going increasingly digital, there are some important questions that need to be asked:…

Read More
RReviews
Longform podcasts are a genre of their own and Timesuck, with every episode at two-plus hours, is certainly…

Read More
RReviews
True crime is a darling of the podcast world. Among the plethora of true crime podcasts available, ABC… 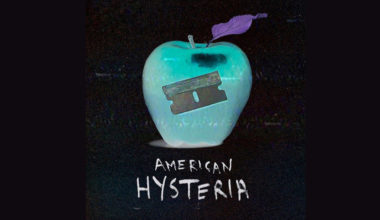