How to make an Audio Drama podcast

This post is written by Sonnet founder Pratik Arora. Pratik is the creator of TinyTales, an anthology audio drama podcast in Hindi.

Audio dramas are a lot of work. They take hours and hours to put together. And if you want to do it right, they are not cheap. You might need to pay actors and buy the rights to music, SFX, and sometimes special equipment. This is not a hobby for everyone. But if you are interested in making an audio drama or an audio fiction podcast as it’s also called, here is a simplified guide. Note that there are a lot of nuances to this thing which I am not going to go into for the sake of brevity, else this post will end up being ten thousand words.

The first thing you need to do is get yourself microphones. If you are going to record everyone in the same room together – as you should so that the actors can play off of each other – get the Behringer XM8500 microphones. They are cheap as hell, super sturdy, and the audio quality is top-notch. But the mic is only part of the equation. You’ll also need pop filters and mic stands. And you’ll need something that would help connect these microphones to your computer. See, the XM8500 is an XLR mic, which is analogue. Your computer is digital. So you need a mixer or an interface to act as an intermediary which will convert analogue signals to digital.

The other kind of mics are USB mics which can be plugged directly into your computer (because they’re digital). But you can’t plug more than one USB mic into your computer. Well you can, with some workarounds, but it’s not recommended and can be a major pain in the neck.

I am also not going to go deep into the technical aspects because that’s a whole different blog post.

If you have just two characters, they could possibly huddle around the one USB mic. In that case, get something like the Samson Q2U. But this method can get messy, so just get as many mics as the characters in the scene.

You’ll also need a digital audio workstation (DAW). This is the software that records and edits your audio. I recommend Audacity. It is free and will do everything you need. You also need a quiet room with very little background noise. That is the biggest challenge for audio dramas. Even the best microphone and the best DAW can’t make up for bad audio. The sound of cars driving by or dogs barking can ruin an otherwise perfect take. If you don’t have a quiet room, consider building a sound booth. A sound booth is a simple soundproof box that can be built with materials from your local hardware store. Youtube is your friend. People record in their closets too. All you need to know is that soft and squishy is good, and hard and flat is bad. Untreated walls and floors will make your audio sound like crap because what you speak into the mic bounces off of these surfaces and goes back into the mic – also known as reverb.

Once you have your equipment, you will need to decide on a story. The most important thing about audio drama is that it is a form of radio theatre. It is similar to the old-time radio shows of the past. The key to radio theatre is good storytelling. Your story should have a beginning, middle, and end. It should be interesting, engaging, and compelling.

I can’t tell you how to write a story, but I can tell you what not to do. You shouldn’t try to do a direct adaptation of a novel that’s in the public domain. If you do, you’ll probably find yourself trying to squeeze a 400-page book into 20 minutes of audio. And that’s a bad idea. Radio drama is a medium in its own right. It has its own language and its own tropes. You should write a story that is meant for radio.

Now, there are two broad categories audio dramas fall into:

In a serialised show, each episode takes the same story forward and has the same set of characters. In an anthology, every episode is a self-contained story with little to no overlap between episodes.

You need to come up with a strong premise. A premise is a basic idea of what your story is about. Here are some examples of premises for an anthology:
“A scientist has a bad day.”
“Two lovers must part forever.”
“A woman’s search for the meaning of life.”
“A man goes on a killing spree.”

Notice how these premises are vague and short? They give you a general idea of what the story is about, but they don’t tell you the details. They don’t tell you how the story ends. And that’s a good thing. A premise should not give away the ending. Here’s a premise for a series: “A man investigates his family’s dark past”. These are also the hooks that could entice your listener to press play.

The next thing you need to do is write a script. You should write out all the sound effects that will appear in the episode (SFX). Avoid any descriptive text in your script. Because this is not a screenplay for a film, it doesn’t help if you write – John nervously paces around the room. No one is “seeing” that. Instead, you have to think about how everything can be conveyed via sound. It is much better to let the sound effects tell the story. I avoid narration as much as possible because it’s hacky. You can do a lot with dialogues and SFX.

Now, it is time to record. You can either ask your friends to be the actors or you can ask around on Facebook or Meetup groups. If you are just starting out, say so in your messages, chances are other actors who are just starting out will agree to be in your show for no pay.

For a series, it’s a different ballgame altogether. Because you need to maintain consistency you need actors who WILL COMMIT. If you are working with friends, make sure they are in it for the long haul. You don’t want to lose your lead characters by episode four. If you are hiring actors, you can get them to sign a contract.

If you can afford professional or semi-professional actors, go for it. It doesn’t matter if you pay them or not, what really matters is if they are able to do justice to your writing. And always, always feed your actors. Buy them meals and drinks, it’s the least you could do for someone who is backing your vision.

In the studio, make them as comfortable as possible. Because it is audio they don’t have to memorise any lines! But you should hand them the scripts a few days before recording so that they come prepared and are aware of their lines and what the major story beats are. Rehearsing and table-reads help too but don’t over-rehearse as it might kill any spontaneity during recording, when your actors are properly in character.

Once you have the audio, you need to edit it. This is where you cut out all the mistakes, you remove all the unnecessary ums and ahs, and you take out all the long pauses. Add the required background music (haunting drums), soundscapes (eerie forest at night) and sound effects (walking on dry, crunchy leaves). These layers of sounds will enhance your show. There’s an art to sound design and audio levels. If people are talking, you can’t have the background music be louder than their voices. Same for the footsteps. It’s basically a symphony and you are the conductor. As with any other skill, you will get better with practice. I would suggest watching as many videos on sound design and Foley as possible.

When I started out I had no idea what I was doing but as I kept at it my productions became better. Good luck with your show!

What does your podcast artwork say about your show? 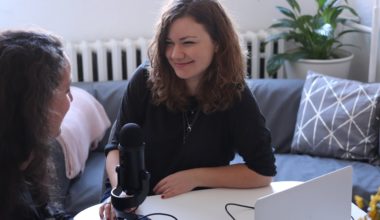 Read More
PPodcasting
Podcasts are a fantastic way to build relationships and position yourself as a thought leader in your industry.… 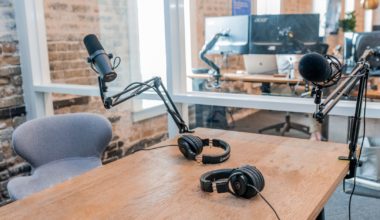 Read More
PPodcasting
Bad audio quality is the number one reason people stop listening to a podcast. It doesn’t matter if… 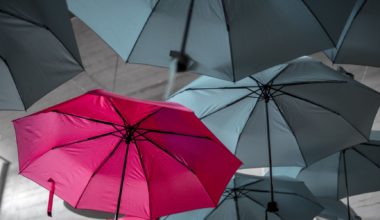 Read More
PPodcasting
So you want to start a podcast, huh? There are a million other podcasts. How do you stand… 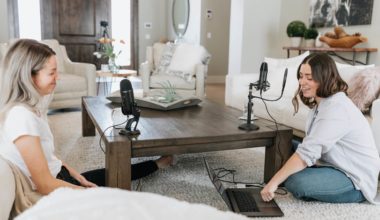 Read More
PPodcasting
When we review podcasts on this blog, we award points on three criteria: 1. The production quality 2.… 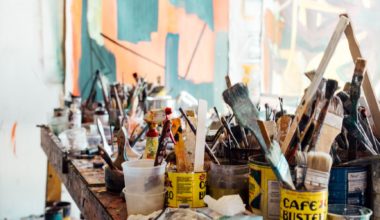 Read More
PPodcasting
Branding is the most overlooked aspect of podcasting. Sure, you spent thousands of dollars on the equipment, fixing… 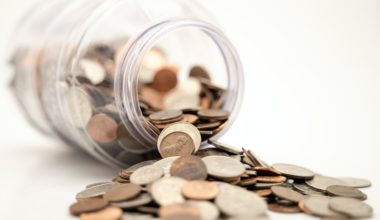 Read More
PPodcasting
Podcasting today is filled with people wanting to turn a hobby into a full-time job. I’m not gonna…