Reply All’s episode 158, The Case of the Missing Hit is getting rave reviews. Almost all publications of note have championed the episode as nothing less than the second coming of Christ.

I have an entirely different take. Before ardent fans come at me, let me present my case.

Reply All is an American podcast hosted by PJ Vogt and Alex Goldman, in which they talk about how people and the internet influence each other. In a world where only 59 percent of people have access to the internet, and a smaller subset of whom use the internet to do anything other than basic utilitarian stuff, the premise itself is skewed towards a very small percentage.

The episode deals with a person from California named Tyler Gillett who recalls a pop song from his youth. However, to his dismay, he scours the internet and finds no mention of the song anywhere. He is determined to find the song, and thus contacts Reply All in his quest. The episode is basically an attempt to find not just the real song, but also to hype up the emotions that Tyler has associated with the song and the quest of looking for it.

This is a classic first-world problem championed by the first-world listeners who had nothing better to do during the quarantine lockdown. Listeners were led to believe that it is NOT okay to half-remember something – just another representation of a media landscape that makes “fretting over the small stuff” a keystone of modern human psyche.

“The Case of The Missing Hit” was nothing more than an effort to market emotions. There are thousands of songs, if not hundreds of thousands, which have been lost over time. Worse, the foundation of the episode, the song So Much Better is mediocre at best.

There are podcasts like Serial and The Dollop which are extensively researched and then presented in an original manner. That helps the audience not just enjoy the podcast but also enrich themselves in the process. Missing Hit, then, is manufactured content. It celebrates something that is ultimately pointless – the frivolity is almost laughable, the efforts put in seem like using a sledgehammer to crack a peanut.

The episode features interviews and narration that lie in a grey area between fiction and non-fiction, with a facade of a documentary. The truth is, it is nothing more than a pedestrian reality show. And we all know how “real” they are.

One of the experts verbalized the flippancy of the situation and even remarked that roaming around with a ukulele, playing the damn thing, would be fitting.

All in all, a half-decent listen. Like a movie you would watch randomly channel surfing and then forget about.

It is NOT The Godfather like’s it’s being hyped up to be. Seriously, Guardian? You guys think it’s the best podcast episode ever? SMH. 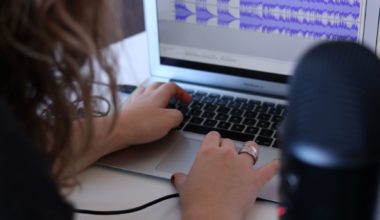 Read More
OOpinions
Podcasting was not the first revolution that we were promised. There was a time, back in the 1990s,…