The premise is really very simple. Comedian Dave Anthony does extensive research and crafts a narrative around a certain topic or person from American history, like eugenics, The Girl Watchers Society, and Hugh Glass (the badass inspiration behind The Revenant). A wide range of themes, really, coupled with freely dispensed humour. He presents this narrative to co-host & fellow comedian Gareth Reynolds, who has no prior idea about the episode.

Reynolds’ commentary, as Anthony goes on with the subject and the discussion that elicits, is rip-roaringly hilarious. Both Anthony and Reynolds have an extensive past in comic writing which surely helps. Their improvisation is smooth as both slip in and out of characters effortlessly. Laughs come freely, and listeners are both enriched and entertained. There are more than 300 epic episodes that the show boasts of.

Of course, not all subjects are suitable enough, as Anthony himself says. One of them, he mentions, is serial killers, who lack depth according to him. This is kind of a disappointment because assassins are a fan-favourite, and probably, serial killers could have been one too. Also, the episodes are not very streamlined, so they can be a bit too long sometimes.

The range of topics keeps the show as fresh as ever, and the humour is both challenging and personal. The content richly reflects the tapestry of American society over time.

The Dollop is loaded with dark humour; an outlet for dealing with the horrors of gallows and graveyards. The podcast is, of course, well-researched, with the audience contributing stories as well, which makes the connection between the hosts and the audience even stronger. Every episode gets darkly comical, as America itself is.

When in doubt, humour it out! Listen to this one if you have ample time, and appreciate some good old Americana presented in a light-hearted manner. Listen

6 podcasts on fiction writing to help you polish your craft 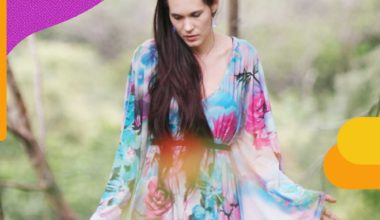 Read More
RReviews
Museums are no longer confined to the four walls of a building. Numerous gigabytes of content are being…

Read More
RReviews
Our understanding of the world and ourselves is grossly limited, much to our detriment. There are some events…