6 podcasts on fiction writing to help you polish your craft

Writing fiction is hard. You have to balance plot, characters, dialogue, structure AND keep the reader/viewer engrossed. What’s the right way to handle twists? How to properly set up foreshadowing? How much payoff does the story warrant? Stuck in that third act? Writer’s block wreaking havoc on your productivity? If only there were other, successful writers willing to share their tools and secrets of the trade for free.

Well, there are. Tons of them. We are going to feature podcasts from different styles of creative writing – screenwriting, writing for TV and so on. But of course, as a writer, you know that these skills are transferrable. Good writing is good writing. Here are the shows you should be listening to. 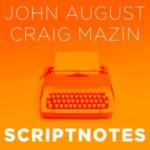 Hosted by two huge Hollywood names, John August (Big Fish, Aladdin) and Craig Mazin (HBO’s Chernobyl) this podcast covers a wide range of topics. Sometimes they dissect a particular genre of films like political movies or crime films, other times they talk about the business of writing itself like how to deal with an agent or how to pitch. They also interview successful writers. In recent episodes, they have talked to writers like Jennifer Lee (Frozen), Greta Gerwig (Little Women), Lulu Wang (The Farewell) and Damon Lindelof (Lost, Watchmen). 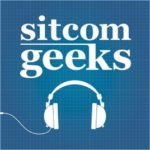 Okay, we know this is a niche podcast. It’s on writing sitcoms and you may not be the right target audience. But the fundamental learnings are the same, as we said above.

The show is hosted by James Cary and Dave Cohen. Between them, they have created and/or worked on multiple tv and radio sitcoms in the UK. Our favourite episodes are the ones in which they critique scripts sent in by the listeners of the podcast. There’s a lot of overlap in the style of this podcast and Scriptnotes – they also interview writers and talk about the craft of writing itself. But this is geared more towards writing comedy and if that is what excites you (or Britcoms in general) this is a must-listen. They also interview industry figures like the Controller of Comedy Commissioning (CCC?) of the BBC who talked about what they were looking for in scripts.

Our only gripe is that the production of the podcast could use a boost. Some episodes are particularly echo-y. Listen

3. You Are a Storyteller 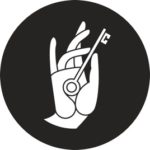 Belief is a full-service creative agency based out of Seattle and this podcast is their in-house production. Hosted by Belief founder and executive creative director, Jesse Bryan, and chief storyteller, Brian McDonald, this podcast asks: what makes a good story? McDonald is a screenwriter, author, teacher and script doctor. He has been a consultant for major Hollywood studios. His book Invisible Ink: A Practical Guide to Building Stories that Resonate has a rating of 4.8/5 from 201 reviews on Amazon. Suffice to say, the pedigree on this podcast is unparalleled.

Recent episodes have been about giving and receiving feedback, how to get unstuck, and audience Q&A. Listen 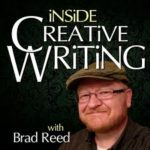 First things first, this podcast is now defunct. Which is a shame because it is a great resource for aspiring writers. Brad Reed published 39 episodes on topics like, writing effective beginning and ending scenes, secrets to writing great dialogue, and how to make the reader feel. There are interviews with award-winning novelists and short story writers too, most notably Cormac McCarthy, Pulitzer Prize award-winning and best-selling author of books like The Road, No Country for Old Men, and All the Pretty Horses.

Reed is a writer and educator, teaching English and Creative Writing. Listen 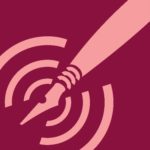 Writing Excuses is a podcast hosted by authors Dan Wells, Brandon Sanderson, Mary Robinette Kowal, and author and cartoonist Howard Tayler. The podcast is currently in its 14th season. Recently, the hosts have been on a rotating roster with additional guest hosts. Because the primary hosts lean towards fantasy and science fiction writing, this show offers a unique perspective on genre writing. Between them, they have published numerous bestsellers and have won a ton of awards. The episodes are short, usually 15-20 minutes.

Avid readers would appreciate the countless book recommendations that are dropped on the podcast. In 2014, the hosts brainstormed short stories on the podcast which later became the Shadow Beneath anthology. Dan, Brandon, Mary, and Howard wrote one story each for the anthology. It was released as a hardcover and an ebook. The process of coming up with the ideas for the stories, writing first drafts and getting critique, then polishing them and getting them published, all the while documenting everything on the show, is an invaluable peek behind the curtains. Listen 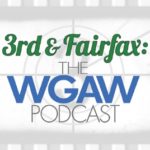 The Writers Guild of America (West) is located on the intersection of 3rd Street and Fairfax Avenue in Los Angeles and this is where the name of this podcast comes from. The show provides great insight into the life of film & TV writers and showrunners and their writing process. There is a rotating roster of interviewers so questions are varied too, representative of the perspective of the interviewer.

This list is, of course, not exhaustive. Other notable mentions include podcasts like Six Figure Authors, which is about the business of writing and Writers, Ink which features interviews with successful authors.

Do you have any other recommendations? Write them down in the comments below.

BBC's Intrigue knocks it out of the park with Tunnel 29 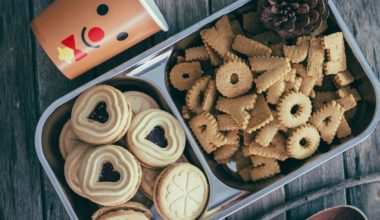 Read More
RRecommendations
Quick bites. The title sounds like a snack, and that is exactly what these podcasts are – snacks… 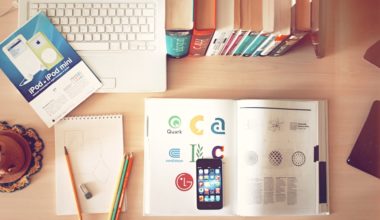