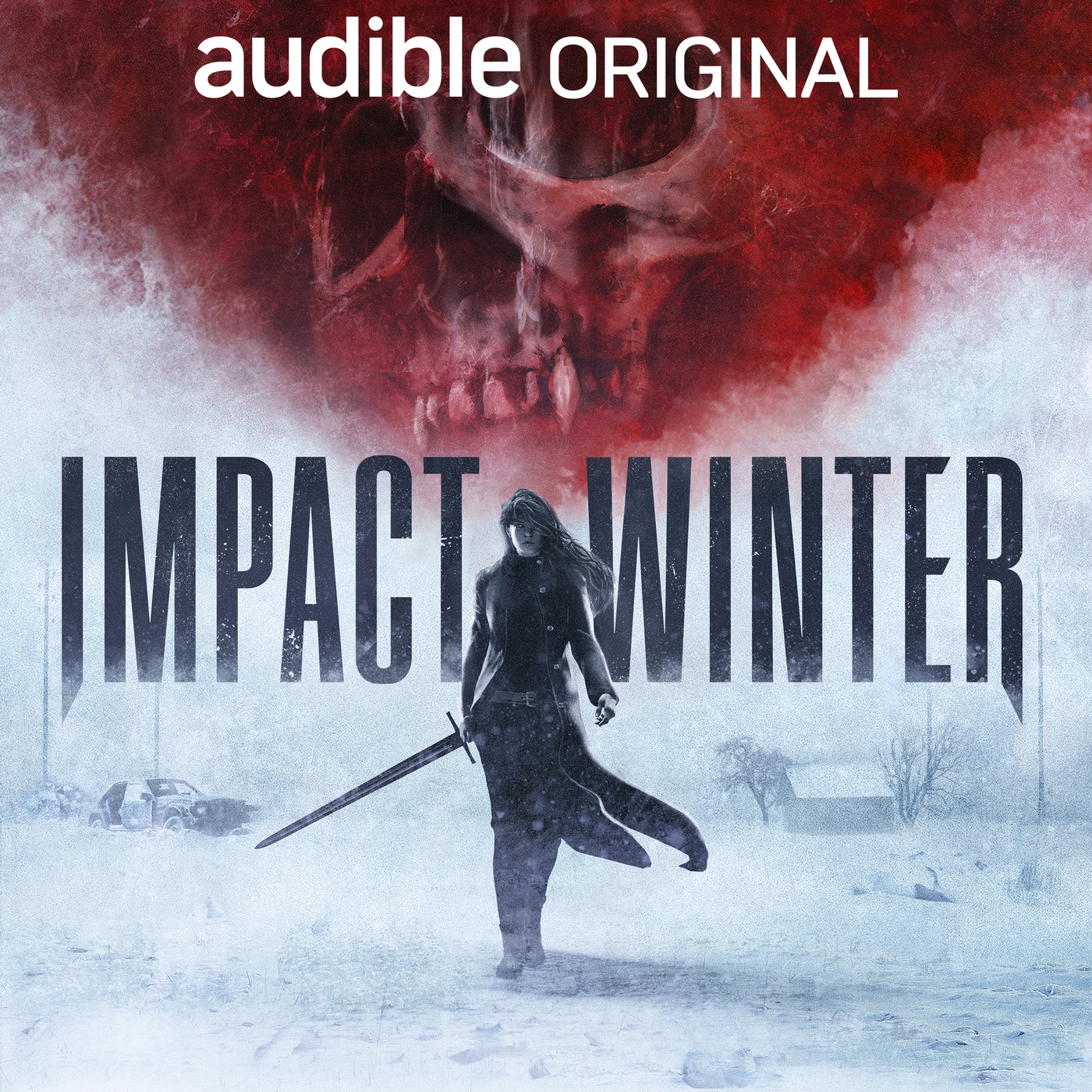 “They came after the impact and the firestorms. When the sun went dark. Like they’d been there all along. Just waiting.”From executive producers of The Walking Dead and Travis Beacham, the writer of Pacific Rim, comes a heart-stopping Audible Original featuring a brilliant British cast. It’s the near future and seven years since a comet hit the earth and blotted out the sun. The world is a dark, frozen landscape. And then, beastly creatures emerge and take over. Can they really be vampires?In the British countryside, a band of survivors forms a resistance in the fallout shelter of a medieval castle. Darcy is a battle-tested vampire hunter who is at the front line leading the charge to save humanity. Meanwhile, her younger sister Hope wants life to return normal so she can go above ground and know what it’s like to live again. And she just might be willing to risk it all.A story of apocalypse, horror, and adventure, Impact Winter is a wholly original new saga created just for Audible with immersive 3D audio that dares you to pop in your earbuds and listen in the dark. Venture into an eternally sunless world of swords and crossbows; primal hunters and shape-shifters; leaders and lovers. Hear how a brave few fight to survive the impact winter.Starring Liam Cunningham as Jepson Belgrave, Holliday Grainger as Darcy, Esme Creed-Miles as Hope, David Gyasi as Rook, Bella Ramsey as Whisper and Indira Varma as Kallistrata, Himesh Patel as Felix. Written, directed and executive produced by Travis Beacham. Also Executive Produced by Robert Kirkman, David Alpert, Rick Jacobs, Bryan Furst, Sean Furst and Alexandra August of Skybound Entertainment, Bard Dorros and Zack Hayden of Anonymous Content and Cliff Roberts. Executive producer for Audible was Matt Patterson.Associate Producer: Wes MazdaPlease note: This content is for mature audiences only. It contains adult language and themes. Discretion is advised.