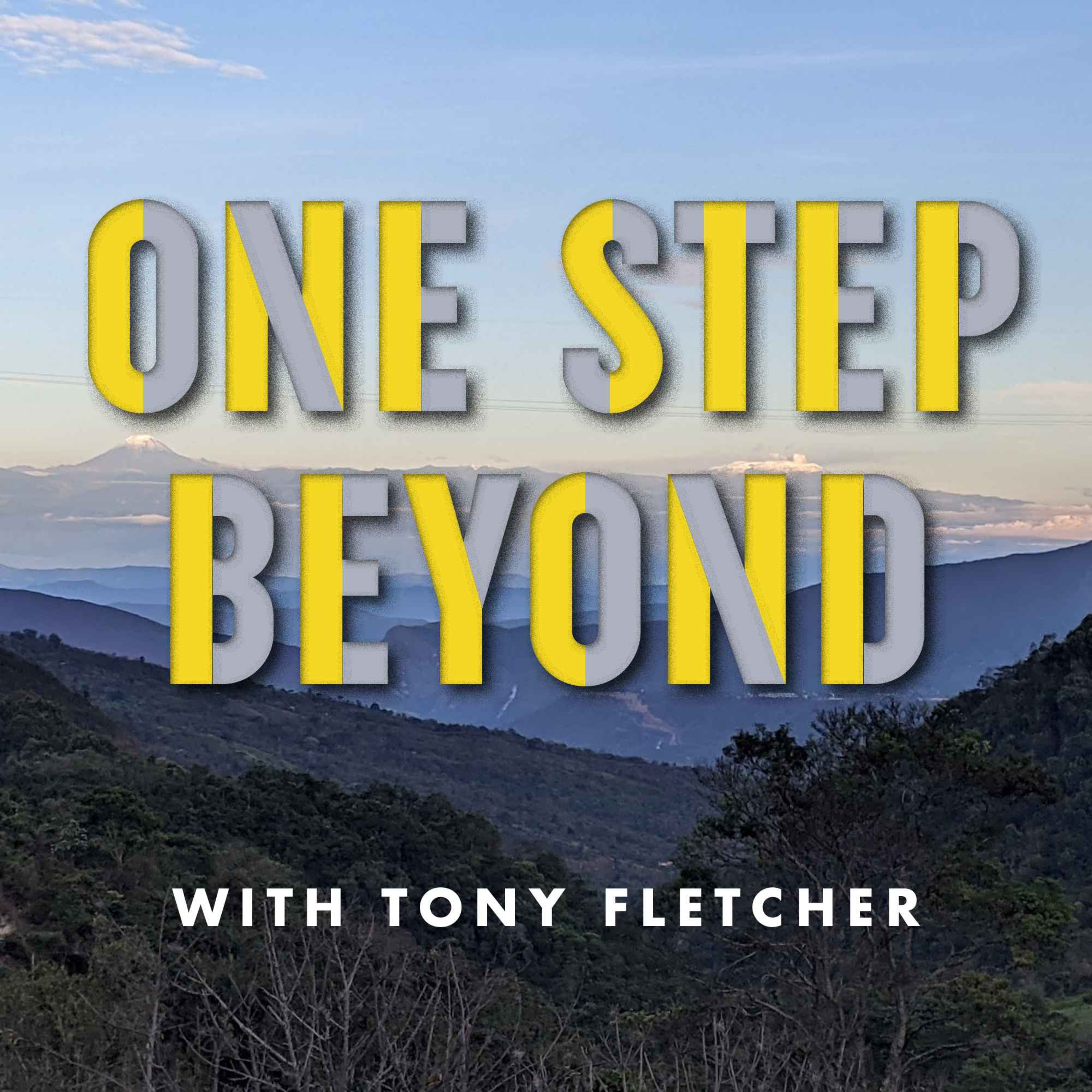 We are back for a second season/series. Join author, runner, broadcaster, and traveler Tony Fletcher on this show about positively engaging with the world outside our door, and/or taking a step outside your comfort zone.Whether it’s to hike a local trail or climb a distant mountain, move to a new country or travel somewhere unusual, run a first 5k or tackle an ultra-marathon, One Step Beyond documents people who take a step outside their comfort zone to enrich their life. Over the course of 30+ episodes, our shows have featured guests from Kenya, Nepal, Tanzania and Colombia, as well as the USA and UK, talking about a wide range of topics.Those guests have included: the rock star who established the cancer foundation Love Hope Strength, and the former professional athlete behind the soccer-based initiative Equal Playing Field; an Afghan war veteran who became the first double above-knee amputee to climb Mt Kilimanjaro unaided; a Zen Buddhist teacher who authored a book on running; one American who moved to Bogota and set up an art colony; and another who gave up dreams of becoming a professional ventriloquist to instead find a new life as an award-winning wildlife photographer.We have talked to the pioneering female founder of Africa's first running shoe company, to a family that traveled round the world together for over two years, and to a teacher who founded a travel company to support students of color, along with several of those students. We have also talked to amateur adventurers of all ages who have set themselves fierce goals - like walking the length of India, or running the Sparta course in Greece unaided - and achieved them. The show includes several episodes recorded on location, beginning with a 4-part documentary about climbing Kilimanjaro, but also including in-the-field tips on hiking without navigational tools and running on trails; how to master an ultra-marathon; and how to give up your possessions and start a new life. Shows generally stay under an hour, include additional commentary and information, and do not shy away from current affairs.Tony Fletcher is the British-born author of best-selling biographies of Keith Moon, Wilson Pickett, R.E.M. and The Smiths, as well as a memoir, a novel and many other books on or about music. In 2016, he backpacked around the world with his then-wife and 11-year old younger son. In 2019 he hosted and wrote “It's A Pixies Podcast." A keen runner, with dozens of road and trail marathons to his name, he lives in Kingston, New York.Questions or comments or to Subscribe to the One Step Beyond newsletter: OneStepBeyond@ijamming.netSupport this show http://supporter.acast.com/onestepbeyond. Hosted on Acast. See acast.com/privacy for more information.