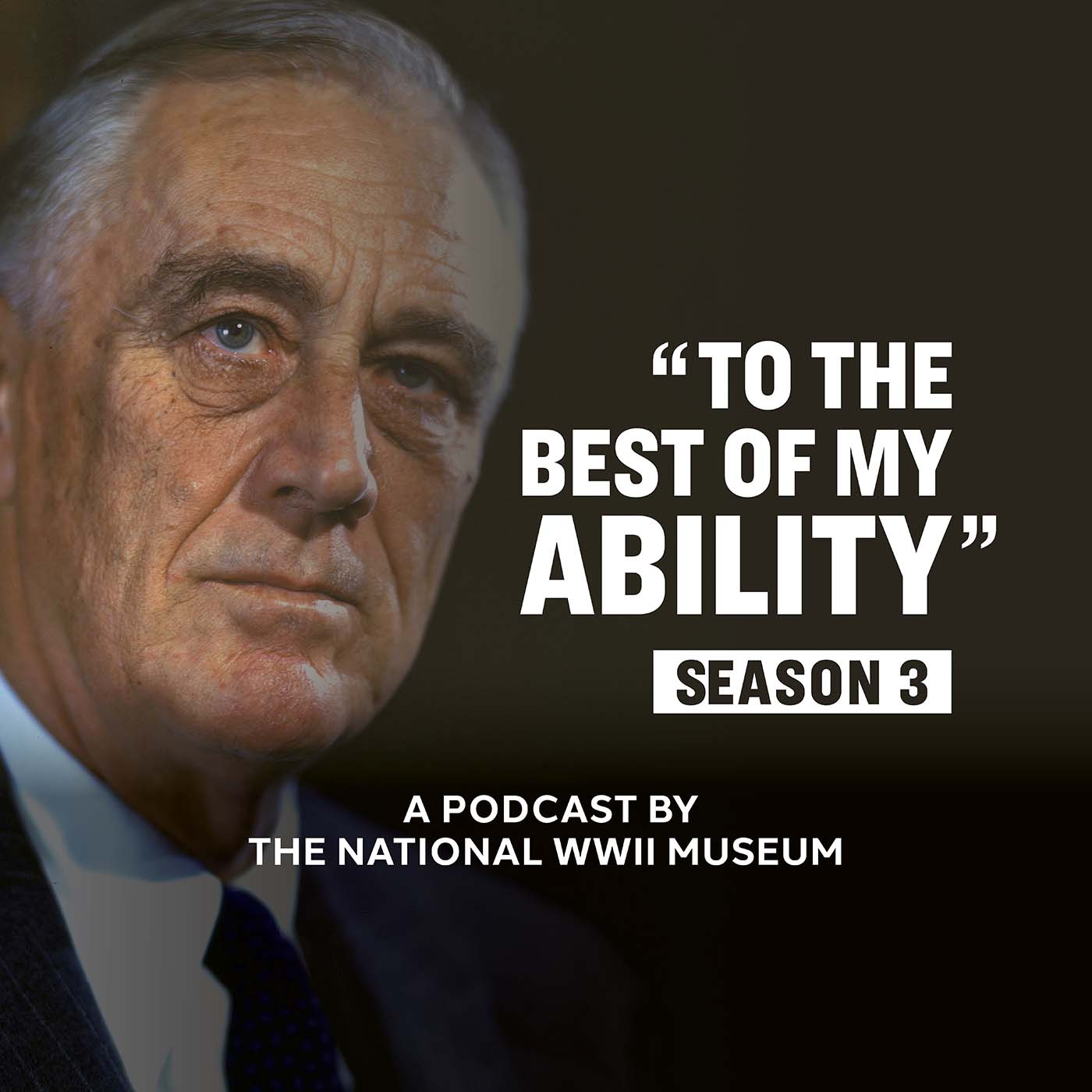 "To the Best of My Ability"

Season 3 As the international situation deteriorates, FDR faces multiple challenges: readying the country for war across two oceans, facing down the threats from Nazi Germany and Imperial Japan, and attempting to rally political support at home. Americans are not convinced of the foreign threat. Many are still isolationists, seeking to let the world solve its own problems while America stands aloof. Public opinion seems to be changing, but it's a gradual process. Will FDR be able to master these multiple crises? Will the American people rally behind him? Will the nation prepare in time to face one of the gravest threats in its history—or will all of FDR's efforts be too late? Join The National WWII Museum for Season 3 of this limited series podcast as we explore America's road to Pearl Harbor as seen through the eyes of President Franklin D. Roosevelt.