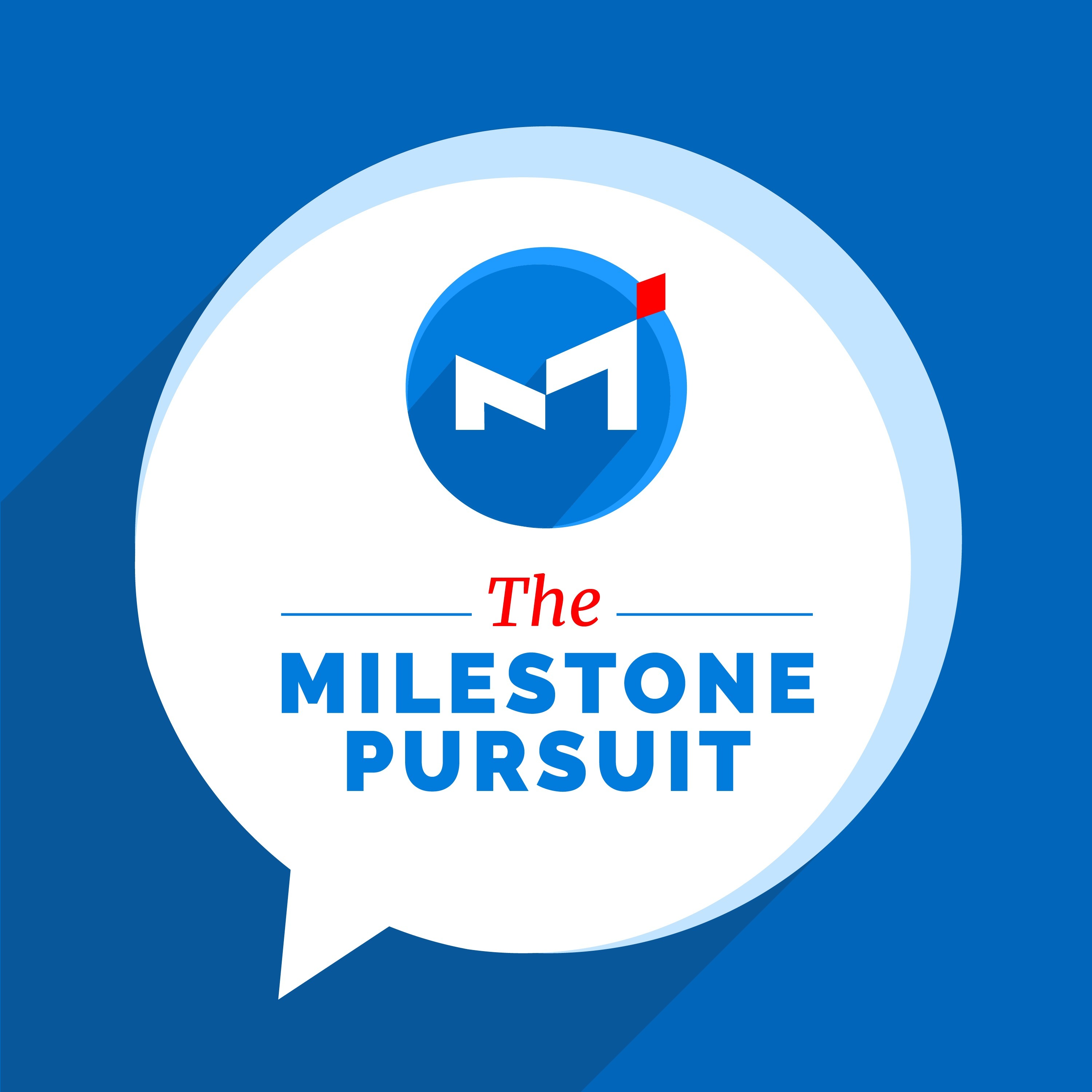 The Milestone Pursuit podcast began it's own life as way of supporting people with their running through the lockdown of spring 2020 when we could only run alone and has since developed into a mixture of content from training sessions, to recovery rambles and to in-depth interview style chats with people you may have heard of.All episodes are recorded while I (Steve Hobbs) run and the idea is that you simply download it and listen to it on your run. It all started with Running with Mindfulness, a launch episode that much to our surprise went on to be featured in The Guardian. After that, the podcast received humblingly positive feedback both from people that I already knew AND, surprisingly, people I didn't know at all. That feedback centred on how it helped people with their running AND helped them feel like they had someone to run with. I also felt the same, talking as I ran helped me feel connected to other people too and so I continued to record. It began rustic and niche, and still is, but like a lot of things in life, we are working on it and hopefully it is getting better over time.The majority of the early episodes are run-coaching sessions ranging from mindfulness to speed sessions to hill reps and more with hints and tips on everything from running technique, mental approaches to running, the role of stress in running and so on. Over time, the content has evolved and it now focuses on three main content areas:Training Sessions - where I run a training session and you can download it and run it with me.Recovery Rambles - where I run easy for 45-60 mins and talk about a topic, often unrelated to running, that is either occupying my mind or is of relevance at the time (or both!)In-depth conversations - where I talk in depth with elite athletes in a more traditional interview style about things they are facing. These athletes are usually those that we support via our scheme to invest in under-funded British elite marathoners, in order to further our mission to help improve the standards of British Marathon running.The podcast has spawned some off-shoots too in the form of the Early Milestones programme, where we support people trying to get better at 5k and 10k, and most recently with Marathon Milestones, a podcast coaching programme like couch-to-5k but for the marathon. Members of both of these programmes support one another through an accompanying whatsapp group.We also have our very own podcast led running club, which is predominantly a group of graduates of the Early Milestones programme from all over the UK (and the world) who receive two training sessions each week, and support each other through a wide range of running and non-running topics in whatsapp.Detail are on our website and at our Patreon pagehttps://themilestonepursuit.com/the-milestone-pursuit-in-running/earlymilestones/https://themilestonepursuit.com/the-milestone-pursuit-in-running/marathon-milestones/https://www.patreon.com/themilestonepursuit?fan_landing=trueThe Milestone Pursuit is an action-oriented performance coaching business, operating in running and in business. It was founded in 2015 by Steve Hobbs, British Athletics Endurance Coach, 2h30 marathoner and AC Accredited Business Performance Coach. See acast.com/privacy for privacy and opt-out information.