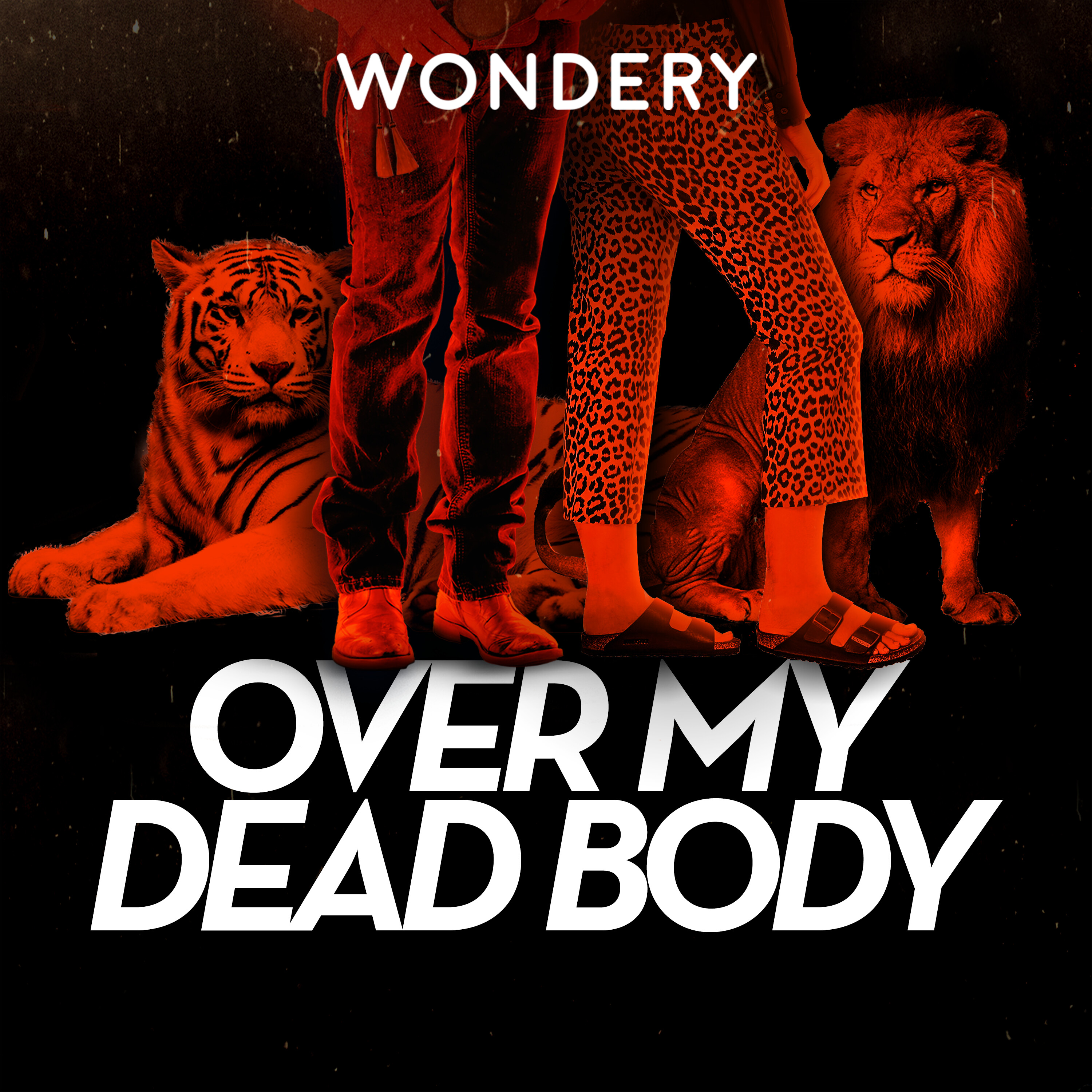 Over My Dead Body

Over My Dead Body is an anthology series about people who are pushed beyond their limits and do unspeakable things.Listen to Over My Dead Body: Fox Lake exclusively by subscribing to Wondery+. Start your free trial at wonderyplus.comSeason 3: Fox Lake - A small town cop is gunned down in a swamp in the summer of 2015. He quickly became a martyr in the national media, until a dogged investigator uncovered the officer's bizarre and dark past. When the truth comes out, the townspeople must reconcile betrayal, corruption and the secrets of an American hero.Season 2: Joe vs. Carole - Joe Exotic is a man who devoted his life to raising and breeding exotic animals, but throughout his career, he's made a lot of enemies. Most notably Carole Baskin. The feud between them gets messy, vicious, and outrageous -- until both of them are pushed far beyond their limits. To listen to Over My Dead Body Season 2: 'Joe vs. Carole' listen on Amazon Music or subscribe to Wondery+. Watch the television series based on the podcast 'Joe vs. Carole' premiering on Peacock on March 3rd. smarturl.it/Joe_vs_CaroleSeason 1: Tally - When this "perfect" couple's relationship falls apart, it leads to a bad breakup, a worse divorce, and a murder case involving a menagerie of high-priced lawyers and unexpected co-conspirators.