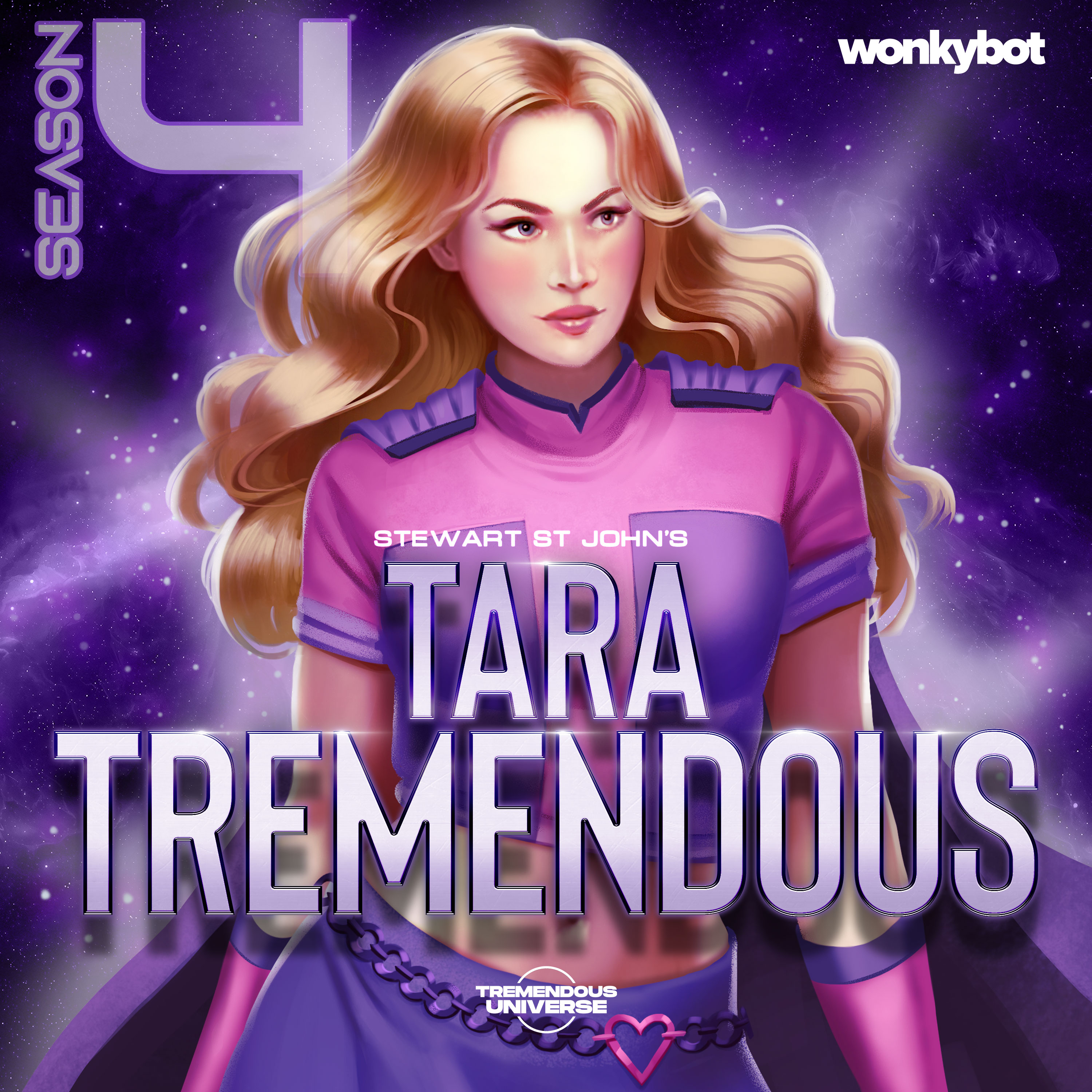 After accidentally receiving the powers of every superhero, Tara Callahan must learn how to control her newfound abilities and embrace her destiny to become the most powerful being in the universe.  While her powers will make her extraordinary, it’s her heart that will make her a superhero to the world - and beyond.  Recipient of the Parents’ Choice 2020 Gold Award for Best Podcast and chosen by NBC’s TODAY as one of the ‘10 Best Podcasts For Kids’, the award-winning Tara Tremendous is a high-quality, cinema-style superhero action adventure audio series.Tara Tremendous is an immersive, evolving audio series featuring an ensemble voice cast of over 50 performers, with lead performances by Mariana Harrison as Tara Callahan/Tara Tremendous, Maddie Rowe as Chloe Greene/Elemental Heart, Josiah Mustaleski as Seth Reynolds/Remix, Campbell Ella as Priscilla/Wyshcraft, McKenzie Harms as Felicity/Multiply, Stewart St John as Professor Epicopolis/Dr. Epic, Michael Plahuta as Mr. Barrington and 1102, Michael Myracle as Lucinda DuPont, Casey Maxwell as Abigail Pruitt, and Todd Fisher as EB3. With special celebrity guest stars including Sarah Douglas (from Superman 1 and II), Deborah Kennedy (from Australia’s #1 award-winning drama A Place To Call Home), Hannah Monson (Glitch), Terrence Crawford, and Gina Liano (The Real Housewives of Melbourne).Created and written by award-winning writer Stewart St John (Sabrina: The Animated Series, Disney’s Seventeen Again), andproduced by St John, Todd Fisher and Michael Plahuta.Listen to all episodes for free with ads or subscribe to Wonkybot+ on Apple Podcasts for an ad free experience.